The LOTAR project team continuously works on gathering requirements, reviewing relevant domain-specific internationals and industry standards released by organizations such as ISO, IEC, ASME, Modelica, NAFEMS and others. Furthermore, LOTAR encourages software and interface vendors to support these standards in their respective IT tools, to ensure that LOTAR requirements can be fulfilled in production environments. New releases of the reviewed standards and involved software tools are the responsibility of their respective owner. Refer to the page of the individual LOTAR Workgroups for more details.

The main deliverable of the LOTAR project is the EN/NAS 9300 series standard. The planned activities for the next years regarding the development of further parts for the LOTAR standard are shown in the figure below (click to enlarge): 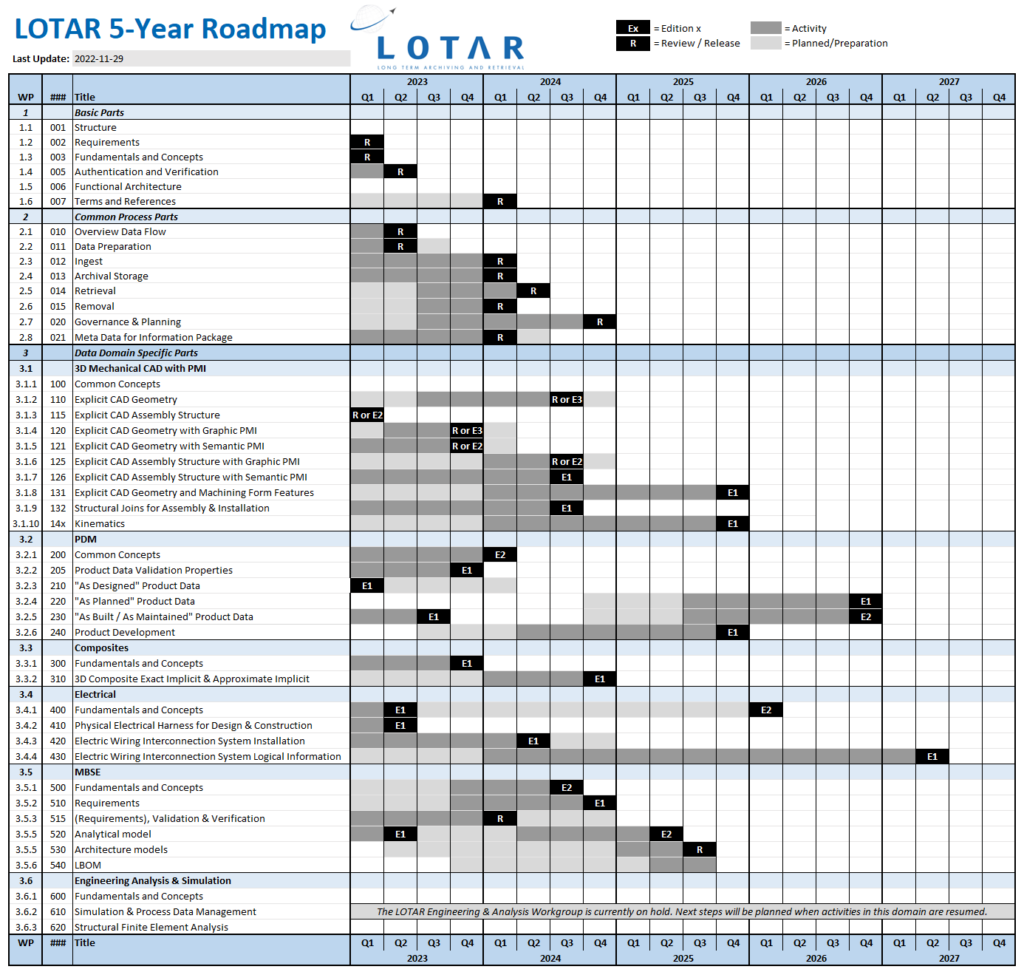